Seventh in a series of glimpses of THC history, drawn from the collection of materials made available through the help of Diana Kohn and Historic Takoma Inc., this installment highlights THC’s involvement in the “Azalea City” effort of the 1960s and ‘70s, and the role of Clarence Casey (1897–1997), a THC member for 50 years. 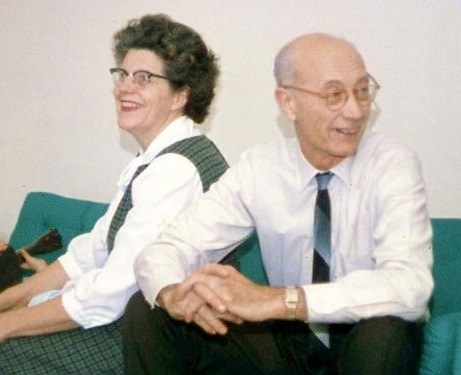 The “top priority program” for Takoma Park, MD in the 1960’s was to become the Nation’s ‘Azalea City’. An Azalea Committee of professional and amateur gardeners had already formed by May, 1962 and was commissioned by the Mayor and Council; public areas had been chosen for planting; and within a year 5,000 slips were under cultivation and 600 bushes had been placed at the southeast corner of Maple and Philadelphia Avenues, with thousands more planned for other spaces.1 The City’s public works staff helped the committee with supplies, plants and water; the Committee did much of the planting. In 1963, the Club donated a total of $300 for azaleas in Upper Portal Park, at Piney Branch Road and Eastern Avenue.

Well-suited for the shady city, azaleas were planted in huge numbers for a while, but as time went on Committee efforts tapered off, and the City had fewer resources for maintenance. Many azaleas planted in Upper Portal and other parks succumbed, due in part to loss of tree canopy and resulting exposure, according to present City Gardener Mike Welsh.

In a “second wave” of interest in the ’70s and ’80s, the Committee regrouped, and several THC members began to start azaleas in their yards, grow them for sale in back of Public Works, and give training on their cultivation. Long-time THC member Clarence E. Casey was a key participant in the revived campaign. Casey and his wife Catherine had joined the Club in 1946. Interviewed in his garden at 504 Elm in 1991, he told the Montgomery Sentinel that he worked on the project between 1975 and 1977, and during that time tens of thousands of plants were propagated.

Meanwhile, the Club joined the Committee to hold sales each April…

with a goal of extending Azalea City into private gardens. The Caseys also entered the Club’s flower shows, winning many awards. Catherine’s specialty was delicate and colorful flower arrangements, while Clarence entered individual plants. A plaque in Upper Portal Park, placed by the Club in the early ’80s, commemorates the Caseys. Clarence’s granddaughter, Judy Casey, asked the City to restore the space, and in 2013 the Club donated $500 for deciduous (native) azaleas to be planted there. As growing conditions there improve, with more tree cover, Mike Welsh said he would like to restore Glenn Dales to the Park as well. Judy Casey retains ribbons and photographs of entries, and still cherishes a prize silver plate. She maintains a Facebook page “Celebrating the Life of Clarence E. Casey” and plans to donate a garden bench in Casey’s memory for the Club’s “Centennial Park” this fall. —Diane Svenonius

1 As many know, Takoma Park’s special relationship to the azalea began with the Club’s tenth President, horticulturalist Benjamin Y. Morrison. Perhaps it was while traveling in Asia on his post-graduate fellowship that he was taken by the range of deep brilliant colors of azaleas growing in shade. Later, at home and then working at USDA’s Glenn Dale Plant Introduction Station, he began crossing azaleas in great numbers, seeking plants that could survive Washington DC winters. In the 1940s, when the Station was directed to grow plants exclusively for the war effort, Morrison began moving his trial plants to gardening friends in Takoma Park.